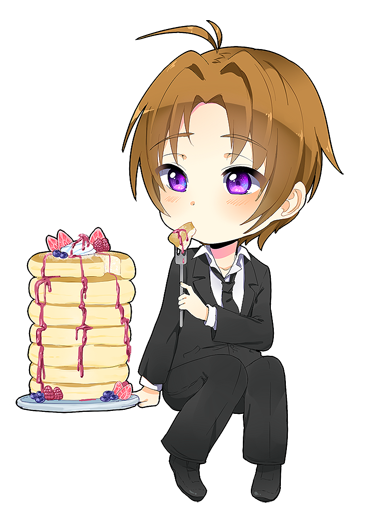 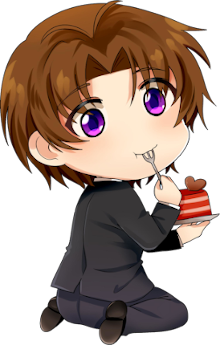 Who?
Tsuzuki Asato is one of the lead protagonists of Yami no Matsuei, or The Descendants of Darkness, a shoujo manga that ran in Hana to Yume from the mid-90s to early 00s. It had a limited number updates in 2010-15 but continues to languish in hiatus limbo.

Tsuzuki works as a shinigami who investigates supernatural incidents in which people don't die on their scheduled due date. He and his colleagues are all former humans who have died with regrets.

He is a gentle soul who hates the thought of hurting others and is at odds with his work, however he is privileged with connections that allow him to throw cases into chaos and bend the rules to help the people he meets. His lack of concern for his own welfare has lumped him with mounting debts and a reputation for property destruction and self sacrifice.

He is very fond of food after a roughly eight year stint of not eating anything before his death. And yes, that is unusual for a human to survive through. His body is unusually fast at regenerating, and his raw power somehow led him to command twelve god-tier summons. Unfortunately he can't control his gifts well and is scared to practice outside of ofuda barriers. Why?
Tsuzuki's very existence is concentrated moe. When I first read his series it was hard not to compare other characters to him as though he was the archetype of tired, sad, pacifist immortal they were trying to meet. As I got older I began to take his emotional state more seriously, and his unresolved character arc and the unfinished mysteries in his story have kept a hold on me all these years.

I want desperately for Tsuzuki to have the happy ending he may never find in canon. I also have long held suspicions about his family that the author may never give answers to. Being able to reach out to him personally is a fantasy that might cover both.

Unlike most of his fans I don't believe shipping him with other characters romantically is a viable option. Throughout the series we're given reasons why they don't think of him romantically, and in my opinion it would ruin the found family the Summons Department has formed. I don't think romance necessarily is the answer to his self hatred, but if nothing else I want to shout at him that he is loved and he has value to me if not many, many other people he has touched through his actions.

Tsuzuki and I are about as sexually oblivious as each other, but I am 100% attracted to centre partings and perk up at characters that remind me of his personality or looks. This obsession is a form of love even when there's days I can't ship it.

When?
It's hard to pinpoint when I began treating Tsuzuki as my husbando. Embarassing forum posts from as far back as 2005 reveal I was shoving him everywhere he didn't belong like a personal muse, but it's not until 2009 that I begun using the term love, and 2012 that I begin taking birthday/Valentine's photos. Friends in 2012 also begin calling him my husbando in messages, but I don't post him to waifu threads until 2013.

Often I refer to the date I made my folder for him as our anniversary - the 26th March 2006. It's a generous estimate to say we go back that far, but I truly believe that's when he never left my side again.